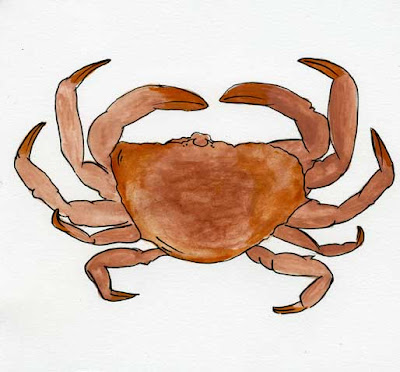 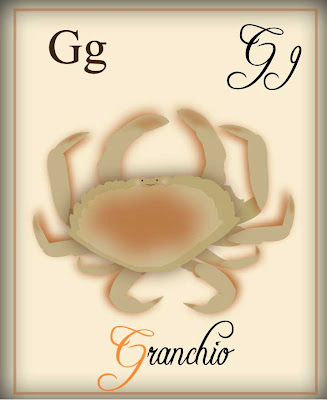 Here are some crabs that I made for a potential client. They wanted to see two different styles so here is one that is more digital and another that was done in ink and gouache.
Posted by Jessica Klein at 5:50 PM

Train Ride as Exploration of Character in times of Uncertainty

Posted by Jessica Klein at 2:53 PM

At first glance I was interested in how this movie was an exploration on how the world is dealing with the humanizing of technology and that particular topic was very intriguing to me because it made me consider all of these abstract thoughts about how far will technology be allowed to venture in terms of emotional and intellectual cloning, artificial intelligence, abnormal psychology, interconnectivity and reproductive rights. All of these topics are extremely interesting and the film creates such a unique backdrop for all of these social concepts by having at its core, a compelling story about a bounty hunter who becomes empathetic for his targets and in turn lives in an isolated ‘outsider’ world where he casually interacts with every party involved. Slowly I became really mesmerized by how the film’s stylistic elements played into the thematic messages and narrative. While the film is clearly set in the future, the world that we see is a dark, densely textured, overpopulated and dirty place. I felt that the world that we are presented evoked feelings of nostalgia despite the fact that this is the future- modernity and so that contradiction informed my entire viewing of the film in that I felt like the problem of identifying and
“retiring” genetically engineered humans was an ongoing concern. Every scene was oversaturated with people, text, and sound. This juxtaposition of elements that are extremely contrasting allowed the viewer to realize that the entire film was about contradictions and sorting out who is the “other” by the deductive process of comparison. I found myself question what makes someone human because in the film every character looked, acted and bled like a human. The film suggested that emotions and feelings is what makes someone a human. So then, if emotional capacity is what makes someone a human, and throughout the movie the bounty hunter is killing these “replicants”- these computers with evolving emotions, what is really being said? Is this a conversation about cloning? Or about corporate corruption? Mortality? (this was beautifully suggested in the scene where a replicant plays a human in chess). I’m not so sure, maybe it is a conversation about everything. I feel like the central theme of this film is to question humanity via empathy. That theme is then underscored by all of these micro-themes that build this tapestry of interesting and complicated characters. The characters visually look like they came right out of a 1940 pulp fiction novel. The women are delicate but vixens, the men are physical yet softspoken. But again, we are in the future! So why was that choice made? Was it made because the viewer would recognize these tropes and empathize with every character and then in turn see that the line between what is initially presented as the truth in the film is blurred? I believe so, I think that in the same way that some characters are the makers of “puppets,” “toys” and “replicants”, other characters are the puppets, toys and replicants and if anything, the film allows the viewer to ask questions about the world around them that is created for them and in turn, what role, abilities and power they have to influence that world. On a personal note, I love how the style of the film took the narrative to a completely higher level. I really would like to be able to play with unexpected style choices in my work. So often I feel like my work deals with getting a specific message across that I lose my focus on how it’s done. I know that at the core, a strong concept is important, but I am really becoming more interested in how I communicate my message. Bladerunner was surprisingly beautiful and I think those elements of the movie moved me to question the larger social issues that much more.
Posted by Jessica Klein at 11:12 AM

It's really snowing out here in Queens! 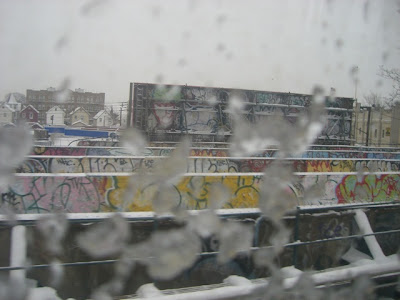 This is a really nicely done grafitti area that you can only see coming on the A train to/ from Rock Park to Ozone Park area. It's right by that Bowling Alley (high above in the sky). My window had tons of ice on it today. There were MTA people cleaning off the ice. I've never seen so many MTA people on the Rockaway commute. 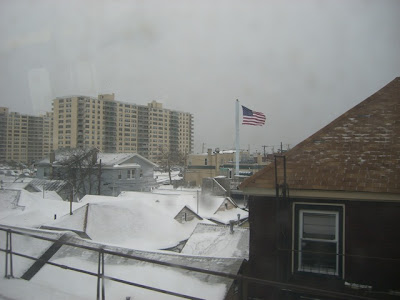 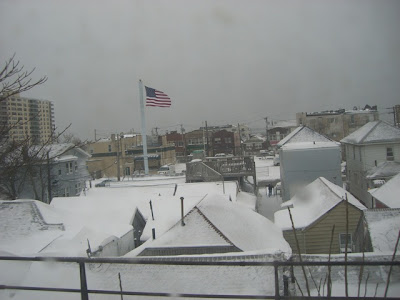 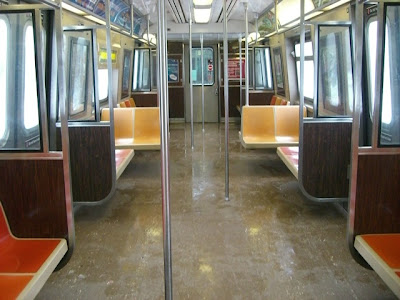 when the train stopped at the Rockaway Park station- they wouldn't open the doors for 25 minutes. I sat alone looking at the wet floors and listening to the whistling of the window. It was beautiful and sort of lonesome all at once. 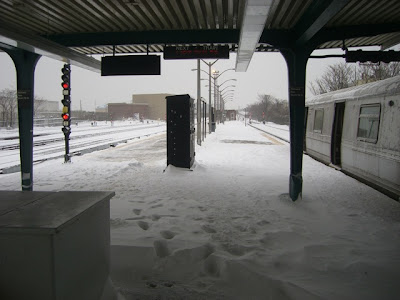 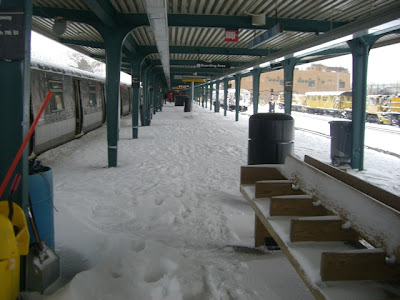 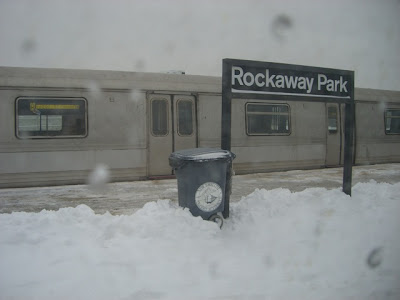 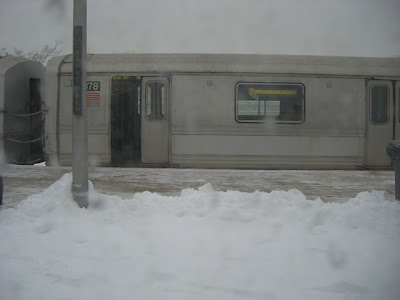 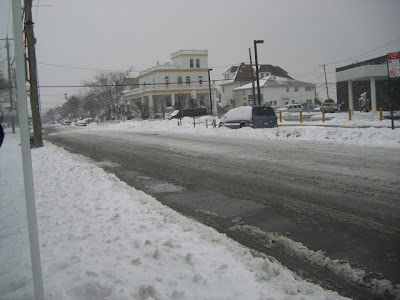 at the bus stop- waiting with a group of 20 something people for about 25 minutes.
Posted by Jessica Klein at 3:45 PM

Posted by Jessica Klein at 3:19 PM 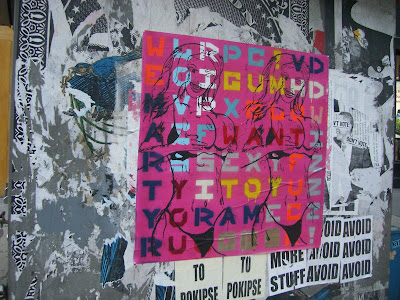 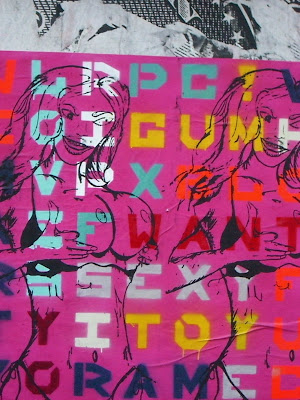 I saw these a few months back but forgot to take them off the camera. I like the juxtaposition of color, type and naughty image.
Posted by Jessica Klein at 2:52 PM