I finally found it!

“Never forget that everything Hitler did in Germany was legal.”

In respect to the water crisis, I find this quote apropos. Everything that the bottled water companies and governments are doing throughout the world is legal, and because of that millions of people are suffering from starvation, illness and torture.
Posted by Jessica Klein at 9:43 AM 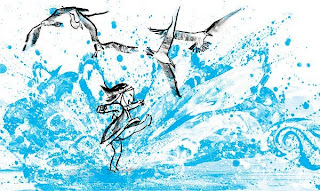 This weekend I "read" the wordless picture book Wave by Suzy Lee. I was recommended this book by my colleague at Sesame Street, Margot, who had thought I would be interested in it stylistically. Not only was I interested in the aesthetic beauty of the piece, I was struck by the amazingly universal sensory experience of interacting with water at the beach. The entire book was painted in a light blue and accentuated with the whimsical charcoal lines of the character.

In terms of my project, I am very interested in creating a piece that can work on several levels. I feel that Wave achieved this by being both engaging to young readers and nostalgic for older ones. Additionally, this sensory experience is something that I feel is very important to pay attention to when you are speaking of environmental awareness issues. If people can feel connected to an issue, then that is the first step towards activism.

These pieces by Lynda Dourthe are so delicately intriguing. I appreciate how you can really see all of the veins and vines. 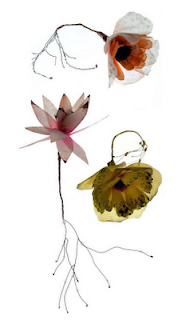 Article on Fiji bottled water which essentially reinforces everything that I am reading about in Blue Gold.
Posted by Jess at 8:24 PM 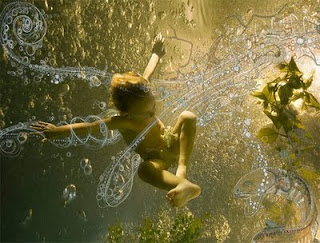 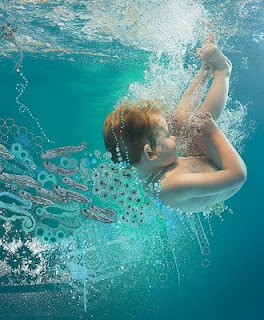 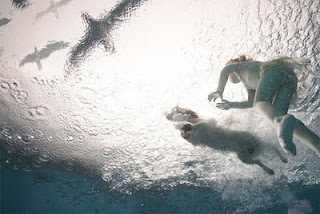 gorgeous
Posted by Jess at 5:25 PM

aquarium multitouch application. beautiful
Posted by Jess at 10:15 AM 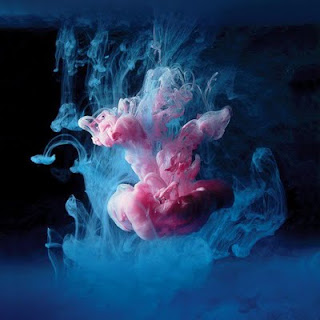 As I am spending most of my time reading, here are some beautiful inspirational videos that I found by an Australian illustrator Celeste Potter: 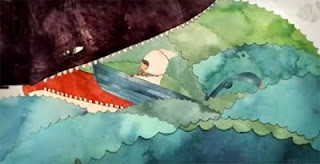 Click on this link (I am having trouble embedding). 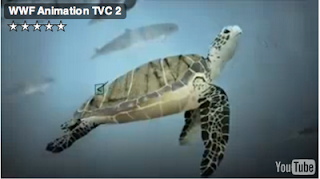 Click here for this video.
Posted by Jess at 8:29 AM

I really appreciate the style and message of this piece.

This video is pretty amazing. It is of the world's largest aquarium. I love watching the movement of the various fish and sharks in the water. Some are like- birds of the sea. That might be a Jessica Simpson reference..oh wait, no she questioned if tuna fish was chicken because the label said chicken of the sea.

I had a really productive day today. I took a visit to the library and have picked myself up some great reads for the next week. I started reading Blue Gold and am already really inspired and into it. Reading all of these statistics about water, I am completely amazed that this topic is not discussed more frequently in terms of environmental action and politics. For starters, the fact that less than 1% of all the water in the world is actually consumable is not at all what I expected to find. I know that I am really naive about this subject matter, but I when you look at a map and see all of the blue covering the world, and then think to yourself that this is not potable water that people in poor countries who are starving and DYING from their need of water canaccess, you begin to feel a little hopeless. But I don't think that this subject matter is hopeless. I am going to continue reading about this as well as the privatization of water which also is a much more complex and widespread concern than I ever realized. I feel like after today I am seeing the world around me with new eyes.

I also see that there is a Blue Gold movie available on amazon. I am going to try to purchase that this weekend as well. I am excited.
Posted by Jess at 8:40 PM

In The Post American World, Fareed Zakaria wrote about this issue. He said,

"... our ability to manage and conserve water is not growing nearly as fast as our consumption of it. World population tripled in the twentieth century, but water consumption increased sixfold. Americans use more than four hundred liters of water a day to drink, cook, and clean themselves. People in poorer countries today are lucky to get forty, but as they get richer, their rising demands will cause greater stress. Violent clashes over water have already broken out in Africa and the Middle East. Historically, populations have moved to find water; if water sources dry up in the future, tens of millions of people will be forced to start moving." Zakaria, Fareed. The Post American World, (New York: W.W. Norton & Company, Inc, 2008),30.

And so I am pushing forward. I am returning in essence to a lot of the core issues of my initial game concept, however with the intent of creating more of a heartfelt narrative- like my later prototypes.
Posted by Jess at 7:33 PM

Doing some research on one of the central themes of my thesis project, that is the kind of relationships that are produced in the social networking world- I came across some interesting new terms:

In my thesis I hope to touch upon how these kinds of imbalanced relationships can alter ones perception of their own friendships.
Posted by Jess at 12:37 PM

I haven't posted in a while and I feel that it's because I am a little stuck. I don't even know if I should write this here because I feel somewhat annoyed at myself. I know that I always do this, where I get started on a project and then start doubting myself and rethinking the project and then I have a ton of false starts before I can get anywhere.

I am thinking of totally re- thinking my story and making it more conceptual. I would reduce the number of characters and I would like to eliminate all dialogue. I know this sounds good but I don't know how to get from where I am to there. I am basically dealing with the same theme, but instead of having humans, I am thinking of having more of an animal or creature.

On top of all of this meandering in my mind, I was mugged on the subway yesterday and my phone was stolen. I feel all disgruntled now. ugh.
Posted by Jess at 4:08 PM