Building and Protecting My Community

During my day job, I am a designer at Mozilla and I advocate for learning how to understand, contribute and code the web so that you can protect it. I often talk about how the web is a hand crafted community that can only represent the world that we live in when individuals build webpages, so that they can make their mark and be part of the conversation. Two weeks ago, when Hurricane Sandy hit New York, it devastated- and in many ways destroyed the community that I grew up in- Rockaway Beach, New York. I went to my neighborhood and saw that people could not communicate with eachother or the world outside Rockaway- no cell phones, no internet, no power. When I returned home I built a small website- rockawayhelp.com just to give people the information they needed and to provide a way for families of locals to feel more connected. It was this act of webmaking that launched my participation in protecting and rebuilding my physical community.

I feel that the work that I do in the open source community and the open educational resource community prepared me to take on this small bit of leadership. Rockawayhelp.com to date has a minimum of 6,000 hits a day. Our facebook account has 8,873 users and our twitter account has 450 users- not ground breaking, but it's something. We put up a small volunteer form and in the first day got 600 volunteers. We put up a help request form and got 150 requests. We have active conversations on our social media channels and have a real active presence on the physical streets of our community- going into houses, cleaning out basements, connecting people who don't know where their family members are and working with the vets at Team Rubicon and the software developers at Palantir.  Here are 5 lessons that I learned as a designer- that helped translate into community engagement and activism:

Lesson 1: Working in the Open- Creates Community
When I was sitting at home worrying if my parents survived the hurricane- I went online and connected with friends and other Rockaway residents who were watching the local news and having panic attacks about their homes and families. We shared information, brainstormed ideas and gave each other the confidence to venture back into our community when the storm ended. I was scared, but knew that I had an online community. This is something that I learned while working at Mozilla- if you work in the open, you can share information and connect to a like- minded community. We do this daily with our Webmaker activities, starting with Hackasaurus two years ago- at first it was just some geeky librarians, Atul and myself- but then it expanded into this massive OER that people immediately responded to because we blogged, shared free resources and created content as a group- failing publicly and then iterating and improving publicly. 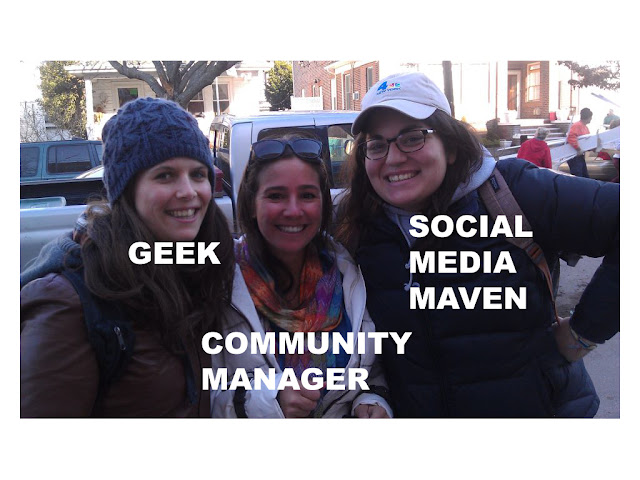 Lesson 2:  Leverage the Expertise of Others
So this one was a no- brainer, but in a disaster like this a lot of things needed to be done- and quickly I saw that I was not good at everything. Just for the website effort- we leveraged Blue State Digital who kindly volunteered with us and helped us to set up a database- an effort lead by Matt Kelley. Additionally, we had some who were good at blogging and others who were on the ground and could give us up to the minute info to communicate out. And when we got those volunteers--- and saw we couldn't figure out how to efficiently organize 1000 + people in one day- we partnered with Team Rubicon who had systems in place and a plan. This is commonplace in tech, you can start a project on git, and then get a collaborator to take on parts and be your wing-man.

Lesson 3: Put out Rough Prototypes- and Iterate
Doing software design- I usually throw out an idea that is crap,  then user test it- figure out what part of it works, and then build on that idea to make a new prototype. It's messy- but it works because you get your concept out there in the hands of real users. We are constantly doing this at Rockawayhelp. We really have never dealt with any of this before- so we have to be alright with trying things out, failing a little, and building a more efficient way of doing things. A simple example of this was that we first were standing in front of the local church and collecting addresses for people who needed help and then assigned them to crews of volunteers. We quickly learned that this wasn't the best way to go about things because we were too few people to get everything done- so we streamlined the system by creating forms. 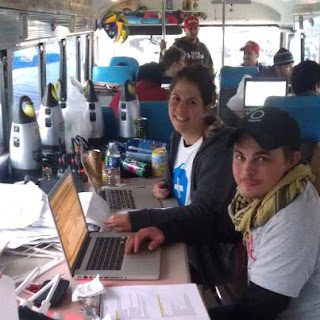 Lesson 4: Peer Mentoring =  Best way to Learn a new skill
For the past few days I have been working with Palantir on mapping needs and getting help out to the community. I learned their system pretty fast by getting mentoring from Alec and Dave, who are experts in the software. There are also a ton of things that I had no clue how to do- like how to break up concrete or the best way to lift heavy furniture- that we have to do over and over and over- so I ask people who look like they know what they are doing to teach me and then I try it out myself. It's just like a hackjam- where I am learning how to code something by sitting near a code ninja.


Lesson 5: Show Up, Be Present- Get Social Karma
Every good hacker knows that they need street cred- whether that is just being at conferences or making yourself known through some form of social currency (like badges) and that holds true for community activism. You need to walk the walk- pick up a shovel, be authentic and ultimately make an effort to proactively rebuild and empower your community.

Just like the web and open source world, your community and neighborhood is hand crafted and it can only be protected if you learn the inner-workings of it and geek out a little by making it all that it could be.
Posted by Jess at 9:14 PM

A bunch of my colleagues at Mozilla and I worked with the office of State Assemblyman Phil Goldfeder to get up rockawayhelp.com for residents of Rockaway to get accurate- up to date information. We are still working to figure out how to set up some sort of SMS system to help people as they have little- to - no access to wifi but have some ability to do text messages.
Posted by Jess at 9:57 AM